The efficacy of Police check posts, aka “nakaas” in Islamabad has oft been questioned. Do we remember, if they have foiled a terror attempt or for example, intercepted a vehicle carrying explosive items.  They continue to be seen as an inconvenience by ordinary citizens. There is a feeling that they serve little of the purpose for which they exist. There have been allegations of corruption and the IGP has recently constituted a committee to investigate the matter. 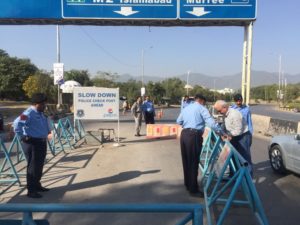 They contribute to traffic jams and quit ironically can be targets of terrorist attacks during peak traffic hours; Traffic in the city having seen an increase many folds any way. The concrete blocks in fact, pose a serious threat at night and have caused accidents. The question really is would the citizens feel a lot safer without the presence of these check posts or their absence would mean party for criminals and their ilk?

Police check posts can be effective if strategically placed and more importantly have an efficient design. They should account for the movement of large vehicles too and pull up vehicles on the side for checking without affecting traffic flow. It is important that the check posts also be taken to the next level by remote smart reading of vehicle and driver information that goes into a centralised database. There are patrol vehicles on the roads and with over 1900 high definition cameras recording movement on the key points, the back office analytics can support monitoring and enforcement.

These check points also need to be well resourced and the officials posted there  well trained in terms of having an eye for what they must see other than training flash lights in the face of occupants and looking for the usual contrabands in the usual places. And a moment here please- one does feel for the Motorcycles riders and the out of city plate owners who face the profiling more often than not.

Since taking over as IGP, Tariq Massod Yasin, himself an ardent user of social media, has used technology to good effect in improve policing and building capacity of the force. He regular engages with the citizens of Islamabad, physically and online, and seeks views and opinion on how policing can be made better in the city. It is interesting to note that whatsap group communication in the Police force, put in place recently, may have made the experience “real time”.  But that may also have effectively improved the response time; going further it is be important to establish some formal key Performance Indicators (KPIs) for these Police check posts. There needs to be an effective connection within the monitoring apparatus of the Police.

Recently a police check post design was test implemented at the checkpoint near Convention Center. The “diamond barrier” proposed by Shahzad Ahmed Mir, an Islamabad resident, was found to be useful by the SP Traffic an SP City. The design will under go trials at various points and then its practicability will be determined. This is a good example of citizens coming forward with practical suggestions to improve the city rather than plain criticism. Some designs were also shared by Mr. Nazir Awan. 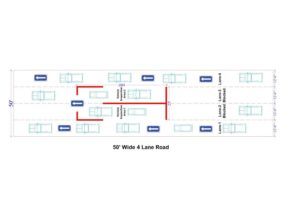 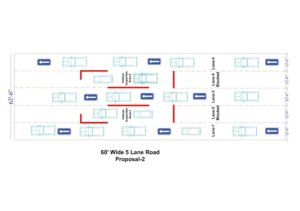 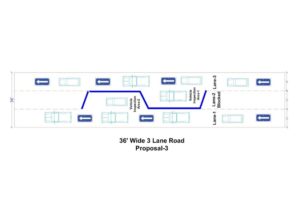 Police visibility and presence is a source of comfort for the citizens and having fewer, more effective checkpoints and barriers can go a long way in improving security and controlling crime.

November 22, 2016March 8, 2018 admin
In Bahawalpur, the District Administration has decided to confer VIP status on its school teachers.  A special card has been
Education Featured Liberary Reading

November 22, 2016March 8, 2018 admin
It appears that book reading culture is on its way out from our society in general and children in particular.
police Technology

November 22, 2016March 8, 2018 admin
The Islamabad Police used a drone for aerial surveillance and monitoring of the recent Chehlum procession in G-6/2 Islamabad. The

Pepsi was among the first brands to patronise cricket in Pakistan