Homes in an informal settlement built near the N1 were removed because of by-law infringements.
The Midrand Reporter had previously reported on the challenges faced by the various wards in Midrand, which revealed that many of the wards are dealing with similar issues.

Some of the issues raised were the breakdown of infrastructure, which requires continuous maintenance, such as roads and sewerage pipes which go on to affect the supply of water to households, as well as electricity, sporting facilities, housing and implementation of by-laws. 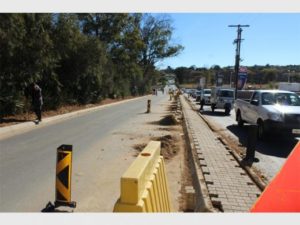 Some parts of Crowthorne had their roads reconstructed.

Abigail Ndlovu, the Region A director for the City of Johannesburg, has tried to address some of the issues raised by the various ward councillors.

“Service delivery issues like potholes, electricity and water interruptions are dealt with by the entities in Region A such as Joburg Water, City Power and the Johannesburg Roads Agency,” said Ndlovu.

“All service delivery problems should be logged on the City’s customer service hotline (011 375 0000) or residents can contact the municipal entities directly via their Twitter accounts to log problems. This has proved to be a very effective way to deal with the above-mentioned issues speedily.”

Each ward in Region A also has an urban inspector who travels through his ward on a daily basis to note and log service delivery failures. 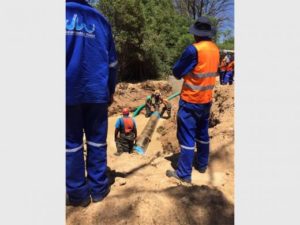 The director had highlighted that the City hosts Integrated Development Plan (IDP) sessions in April and November as a form of allowing residents to have a voice in the development of their community as well as highlight the challenges they are faced with.

“The annual Integrated Development Plan sessions is the process during which residents can provide input on developments/facilities that are needed in the region.

“Residents are invited to submit ideas. These requests are then prioritised and fitted into the budget and approved, amended or not approved.”

The IDP session for Region A will take place on Saturday 14 April and is a public event. More details will be provided. 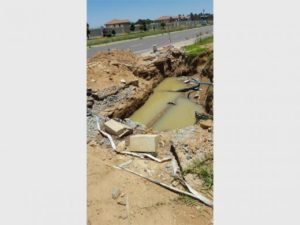 Residents were troubled by a pipe burst and hole which was not speedily attended to.

March 14, 2018 admin
SINGAPORE once again finds itself at the nexus of profound global change. World events first shaped modern Singapore into a
around the world

March 14, 2018 admin
The Smart Cities Mission provides cities in the North-East a unique opportunity to invest in customised and indigenous solutions and

Telenor Collaborates With Ministry Of IT On “DigiSkills Training Project”

Measuring and Improving the Impact of IT Parks in Pakistan